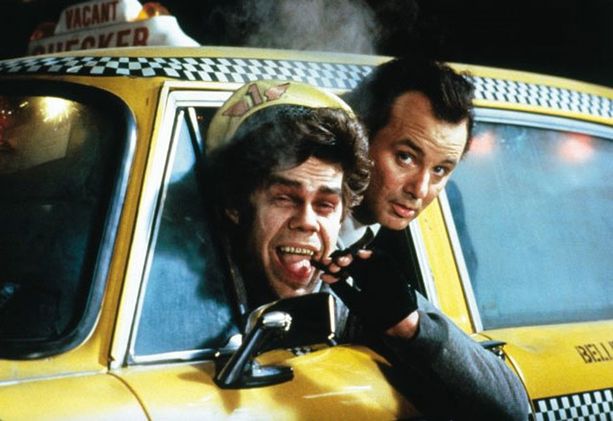 The fact that Madoff’s Screw Sculpture Is Excluded From Evidence at Trial (tipped off by @WaltPavlo) is amusing to a non-party, reminiscient as it is of Bill Murray’s character (Frank Cross, the Ebenezer Scrooge character) in the movie Scrooged (1988), a remake of “A Christmas Carol.”

There are, however, some serious implications.

The sculpture was recovered from Madoff’s office after his 2008 arrest for masterminding a Ponzi scheme that cost investors about $17 billion in lost principal. Five former Madoff employees are facing trial in federal court in Manhattan for aiding the fraud. U.S. District Judge Laura Taylor Swain yesterday granted a defense request and prohibited the government from showing jurors the sculpture or photographs of it, after defense lawyers complained of the artwork’s “colloquial inference.”

It’s not just the “colloquial inference.”  Under Federal Rule of Evidence 403, the court

may exclude relevant evidence if its probative value is substantially outweighed by a danger of one or more of the following: unfair prejudice, confusing the issues, misleading the jury, undue delay, wasting time, or needlessly presenting cumulative evidence.

The Advisory Committee notes go on to point out that

“Unfair prejudice” within its context means an undue tendency to suggest decision on an improper basis, commonly, though not necessarily, an emotional one.

An “emotional basis” was almost surely what the sculpture would have provided.