(Here is the document:  Yates-Memo-Prosecution-of-Individuals.pdf ).

In this essay, I focus on one particular aspect that may be crucial for companies, their boards of directors, their audit committees and law department: The timing of potential disclosures to the Government and the degree to which outside counsel needs to have comfort that what he or she is relating to the Government on the company’s behalf is more or less reliable.

The Yates Memo sets out six principles that the Department of Justice intends to apply in a renewed (or apparently renewed) emphasis on the prosecution of individuals in the context of the investigation of corporate wrongdoing.

The key summary paragraph is as follows:

The guidance in this memo reflects six key steps to strengthen our pursuit of individual corporate wrongdoing, some of which reflect policy shifts and each of which is described in greater detail below: (1) in order to qualify for any cooperation credit, corporations must provide to the Department all relevant facts relating to the individuals responsible for the misconduct; (2) criminal and civil corporate investigations should focus on individuals from the inception of the investigation; (3) criminal and civil attorneys handling corporate investigations should be in routine communication with one another; (4) absent extraordinary circumstances or approved departmental policy, the Department will not release culpable individuals from civil or criminal liability when resolving a matter with a corporation; (5) Department attorneys should not resolve matters with a corporation without a clear plan to resolve related individual cases, and should memorialize any declinations as to individuals in such cases; and (6) civil attorneys should consistently focus on individuals as well as the company and evaluate whether to bring suit against an individual based on considerations beyond that individual’s ability to pay.

There has been considerable criticism of DOJ from politicians, editorialists and judges (see the Southern District of New York’s Judge Jed Rakoff here and a note here and here about Judge William H. Pauley) over the paucity of individual prosecutions arising from the financial crisis.  Assuming that the memorandum is more than a simple public relations effort to deflect that criticism, a number of points come to mind.

First, if implemented, the Yates Memo will cause more corporate officers and employees to lawyer up, and lawyer up earlier, then at any time since the savings and loan crisis.  As a white-collar and internal-investigations lawyer with looming college tuition to pay for, I have no objection to such an outcome, but it may actually make getting the facts out of an internal investigation more difficult, not less.

Second, the renewed focus on facts pertaining to individuals will potentially make it very uncomfortable for boards of directors, audit committees, chief legal officers and other decision-makers who will more frequently be tempted to throw company officers and employees under the bus than previously.  To cite Three Dog Night from their eponymous 1969 album, “one is the loneliest number.” 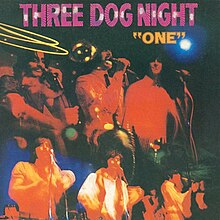 Third, although DOJ officials in speeches have said repeatedly that they are not trying to force corporate outside counsel to be police officers, there is more than a whiff of that impulse in the Yates Memo.  Such an approach raises multiple potential conflict of interest problems.

Fifth, it is unclear (at least to me) whether and to what extent the Yates Memo will require outside counsel conducting an internal investigation to modify a standard Upjohn instruction.  (We have previously discussed Upjohn warnings in these posts).  In other words, does company counsel need to add an explicit statement that, should the witness reveal facts about himself or herself that appear to be a reasonable basis of criminal liability (theirs or the company’s), the lawyer will probably tote those facts over to the Government?

As a practical matter for corporations and those who guide and advise them, as well as for lawyers who represent individual officers and employees, the most delicate task will be trying to figure out at what point in time does one pull the disclosure trigger with regard to evidence of individual wrongdoing.

In other words, when do you know what it is that you know? And, what if you make your early or premature disclosure to the Government but you are wrong?

As I write this, my daughter is a high school senior in the midst of college applications.  These applications come at the tail end of a lengthy period of campus visits, alumni interviews, webpage reading and prayer.  We have been diligent, and the process by turns exhilarating, disappointing and expensive.

What struck me is how different things look now than when we began.  At some point, one must “land the plane” – that is, make a decision – whether one is in the midst of a college search process or an internal corporate investigation.  Yet, had my daughter been forced to apply very early in the process to, say, what were her top five choices then, we would have been in an artificially different (and most likely more disadvantageous) situation from the one in which we find ourselves today.

The Yates Memo will put boards of directors, audit committees and chief legal officers is in a similar position of having to make a call unnaturally early in an internal investigation in hopes of reaping the harvest of cooperation.  As most anyone who is been through an internal investigation can attest, the factual landscape and legal conclusions are often different (but more accurate) late in the day.  The next months and years under the Yates Memo will tell, but it would be a shame if, in order to grasp at cooperation’s life jacket, American businesses and their legal advisers are put in a situation that helps neither the legitimate aims of Government prosecutions nor those companies’ shareholders and stakeholders.

SIDEBAR: In the context of governmental policy, it is easy to talk about the prosecution of individuals without putting a face (and a life) to a name.  With faceless defendants, we sometimes forget what investigations and trials can do to individuals and their families.

In this five-part series in the Wall Street Journal, David Enrich lays out the prosecution of LIBOR trader Tom Hayes.  “The Unraveling of Tom Hayes” bears a careful read.