The first SEC deferred-prosecution agreement for an individual raises a couple of issues.  Here is the document itself:  SEC DPA With Herckis

First, a reminder.  A “deferred prosecution agreement” is what its name implies.  It’s an agreement between a company (and now, an individual) that puts off — for good, hopefully — prosecution on the condition that the defendant/respondent complete a certain course of action laid out in the agreement (for example, hiring an independent corporate monitor or auditor who will report to the government).

Second, there is guidance on DPAs in the United States Attorney’s Manual.  Review the 2010 Grindler Memorandum, which is an amendment to the 2008 Morford Memorandum.  The Morford Memorandum focuses on selection criteria for a corporate monitor.  From the introduction:

The Department of Justice’s commitment to deterring and preventing corporate crime remains a high priority. The Principles of Federal Prosecution of Business Organizations set forth guidance to federal prosecutors regarding charges against corporations. A careful consideration of those principles and the facts in a given case may result in a decision to negotiate an agreement to resolve a criminal case against a corporation without a formal conviction—either a deferred prosecution agreement or a non-prosecution agreement. As part of some negotiated corporate agreements, there have been provisions pertaining to an independent corporate monitor. The corporation benefits from expertise in the area of corporate compliance from an independent third party. The corporation, its shareholders, employees and the public at large then benefit from reduced recidivism of corporate crime and the protection of the integrity of the marketplace.

The purpose of this memorandum is to present a series of principles for drafting provisions pertaining to the use of monitors in connection with deferred prosecution and non- prosecution agreements (hereafter referred to collectively as “agreements”) with corporations. Given the varying facts and circumstances of each case—where different industries, corporate size and structure, and other considerations may be at issue—any guidance regarding monitors must be practical and flexible. This guidance is limited to monitors, and does not apply to third parties, whatever their titles, retained to act as receivers, trustees, or perform other functions.

A monitor’s primary responsibility is to assess and monitor a corporation’s compliance with the terms of the agreement specifically designed to address and reduce the risk of recurrence of the corporation’s misconduct, and not to further punitive goals. A monitor should only be used where appropriate given the facts and circumstances of a particular matter. For example, it may be appropriate to use a monitor where a company does not have an effective internal compliance program, or where it needs to establish necessary internal controls. Conversely, in a situation where a company has ceased operations in the area where the criminal misconduct occurred, a monitor may not be necessary.In negotiating agreements with corporations, prosecutors should be mindful of both: (1) the potential benefits that employing a monitor may have for the corporation and the public, and (2) the cost of a monitor and its impact on the operations of a corporation. Prosecutors shall, at a minimum, notify the appropriate United States Attorney or Department Component Head prior to the execution of an agreement that includes a corporate monitor. The appropriate United States Attorney or Department Component Head shall, in turn, provide a copy of the agreement to the Assistant Attorney General for the Criminal Division at a reasonable time after it has been executed. The Assistant Attorney General for the Criminal Division shall maintain a record of all such agreements. 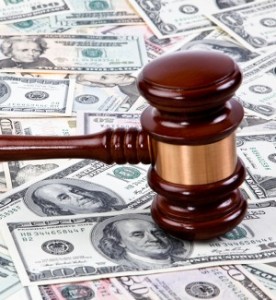 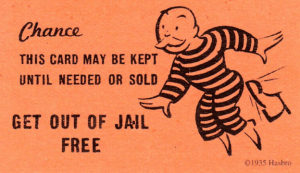 Fourth, it will be fascinating to watch the development (or not) of DPAs for individuals.  For the Government, of course, the motherlode in an individual’s DPA will be the value of his or her cooperation (in Herckis’s case, for five years).  The Government gets to avoid the risk of trial; locks the individual into an acceptance of responsibility and a statement of facts; and gets his cooperation in “related” proceedings.